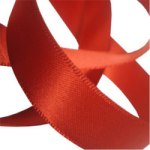 It’s the colour of the month.

Whoever thought that such a colour would take on such ominous tone?

Bashert stood in the shadow of that terrifying pink ribbon her entire adult life.

Her mother, sister and five maternal aunts all felt the torture of the pink monster.  Only one has survived to tell her story in person.  All developed the horror near the golden mammogram advisement age of 40.  Bashert’s sister was below.

It took this truncated family tree to finally convince the medical community to listen.  The insurance world remained quite hard of hearing though.

Bashert could finally receive annual mammograms under the age of 40, although the doctor would have to recertify the reasoning each and every year.  She started at 34.

Nothing.  They found nothing.  The sadistic waiting game began again.

She decided on the closest thing to a guarantee modern science can offer.

She opted for a little off the top.

Bashert will always have the breasts of a sixteen year old and a 5% chance of being visited by the pink monster.

The ever looming fear she lived with long before we ever met finally moved out.  A passing thought now, rather than an all consuming relationship.  Thanks for the mammories.  It was the breast of times, but someone had to cut the tie that bind.

What courage and strength it takes to become a different type of survivor.

I think these brave women who decide to beat the pink bastard before it gains ground deserve a colour of their own.

I vote for rust.

Pink is a tint of red.  Rust is a shade of red.  Opposite ends of the same survivor spectrum.

Rust means that something has weathered the elements and come out with more character. It’s the warm colour of autumn when things begin to draw into themselves, casting off the things that will take energy from them and building their reserves for renewal.